By Turn 14 US Forces control the Southern banks of the final main river line. Dive Bombers sank the last of the Japanese Navy and returned to ground support roles. The Navy encounters another minefield but passages are found and mine sweepers are brought forward. 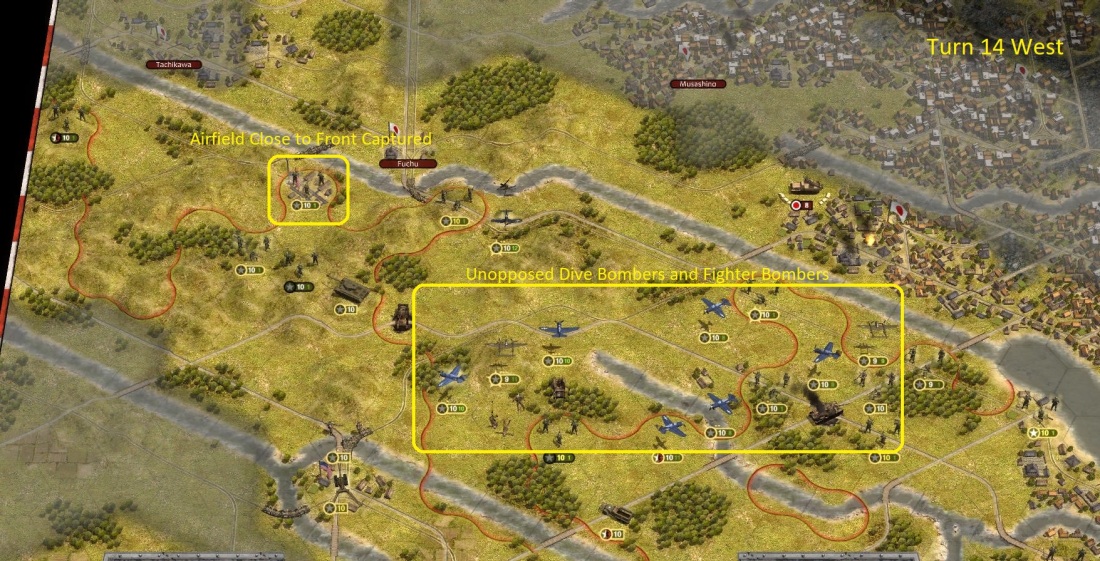 The last river line is fully breeched by Turn 17. A B-29 carrying a tactical nuclear bomb is approaching the Imperial Palace. Lead Marine elements have the island containing the Imperial Palace in sight. A regiment of US Marines are in unopposed landing craft sailing across Tokyo Bay towards the 2nd victory hex. 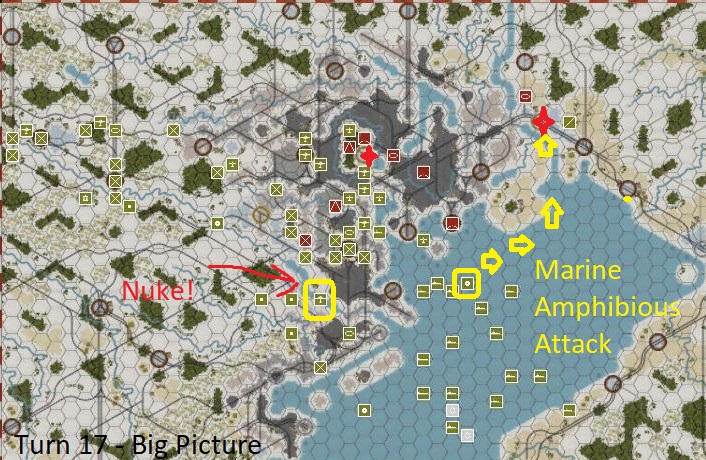 Two Nuclear Blasts and Japanese Surrender
Significant Japanese Reinforcements appear in the West and East on turn 19. But this is too little, too late. Without supporting fighters, US dive bombers smash unprotected Japanese targets.

Nuclear Weapons are poorly modeled. They destroy everything in the target hex and the six adjacent hexes. There is no fallout or radiation so US troops can immediately enter the blast radius without damage. 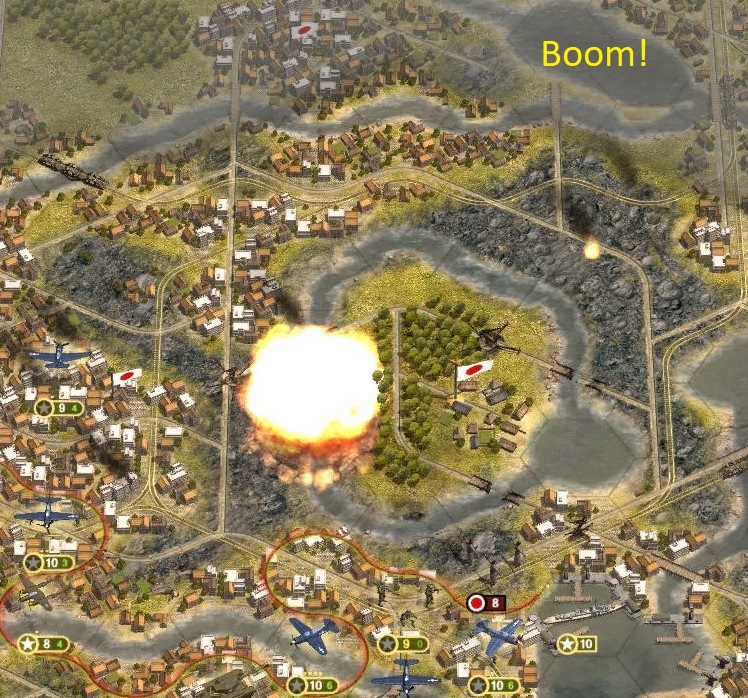 After the first A-Bomb, there is nothing preventing US forces from capturing the Imperial Palace. A Marine Regiment accompanied by US Navy firepower is quickly approaching the port victory hex. 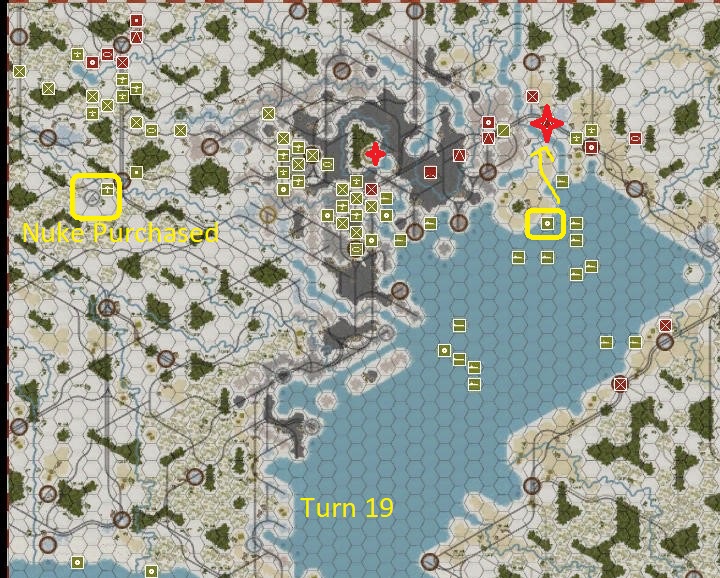 Because I had a surplus of reinforcement points, I purchased a 2nd A-Bomb for 500 points. This A-Bomb will destroy the Japanese Reinforcements in the East while Dive Bombers chew up the Western Reinforcements. The Imperial Palace is captured by US Armor, the reinforcements are dive-bombed or nuked, and Marines capture the last victory hex in an unopposed amphibious landing.

US Victory in Tokyo! Japan Surrenders!

The AAR is complete! Hope you enjoyed reading.

I’m writing a strategy guide for the campaign. The US Player faces many challenges early in the campaign including a very difficult to win Coral Sea scenario. After Coral Sea the campaign gets progressively easier as US artillery and dive bombers wreak havoc on Japanese land and sea assets – if the US player makes wise strategic and tactical choices.