Scouts report all Tobruk approaches are covered by minefields.  Tobruk has many impassable ridge lines. Infantry and the scout car probe to find the minefields.  Tanks and mounted infantry cannot spot mines.

Engineers cannot remove mines quickly. Engineers have a one hex per turn movement off-road. Removing the mines themselves takes a full turn once the Engineers are adjacent.  Engineers occupy the minefield after removal and cannot attack. This means engineers creep up to minefields, get hammered by every artillery piece in range, are exhausted and battered after mine removal making them easy targets for an infantry or armor counterattack.  At Tobruk engineers usually get mauled removing a guarded minefield making them ineffective for duty for several turns.  Usually it is more cost effective to blow the mines with a scout car or infantry while taking some damage.

My armor and mechanized infantry prevented full reinforcement of Tobruk, so after the mines were blown it is just a matter of time to torch the interconnected forts, anti-aircraft, artillery and heavy infantry defenders. After the area is surrounded, the Port is the supply point. This allows the attacking Axis to occasionally isolate units from supply making the attack easier. Tobruk fell on turn 18 (out of 30). 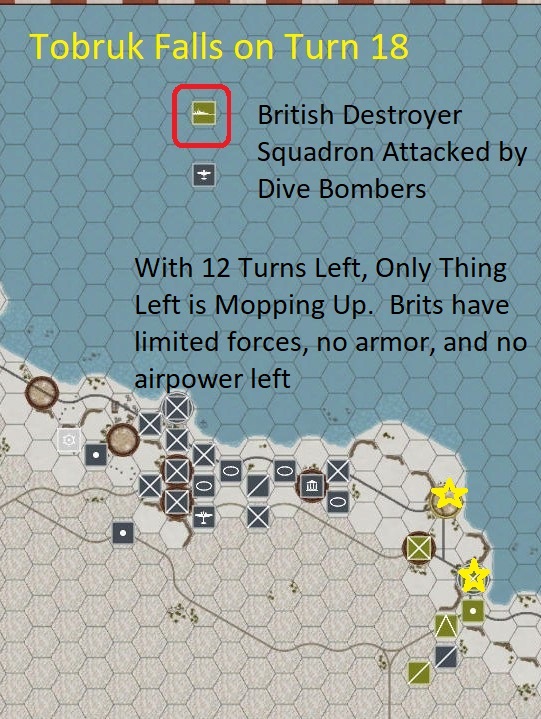 The remaining defenders are a static fortification, three heavy infantry units, two scout cars, one anti-tank unit and an artillery. The Brits have no air cover. I have a lot of time and the Brits cannot cover their flanks. The fortress stood alone by Turn 23. I continued to pound it with my two artillery units and my dive bomber until the last turn in a fit of power-gaming to build unit experience. 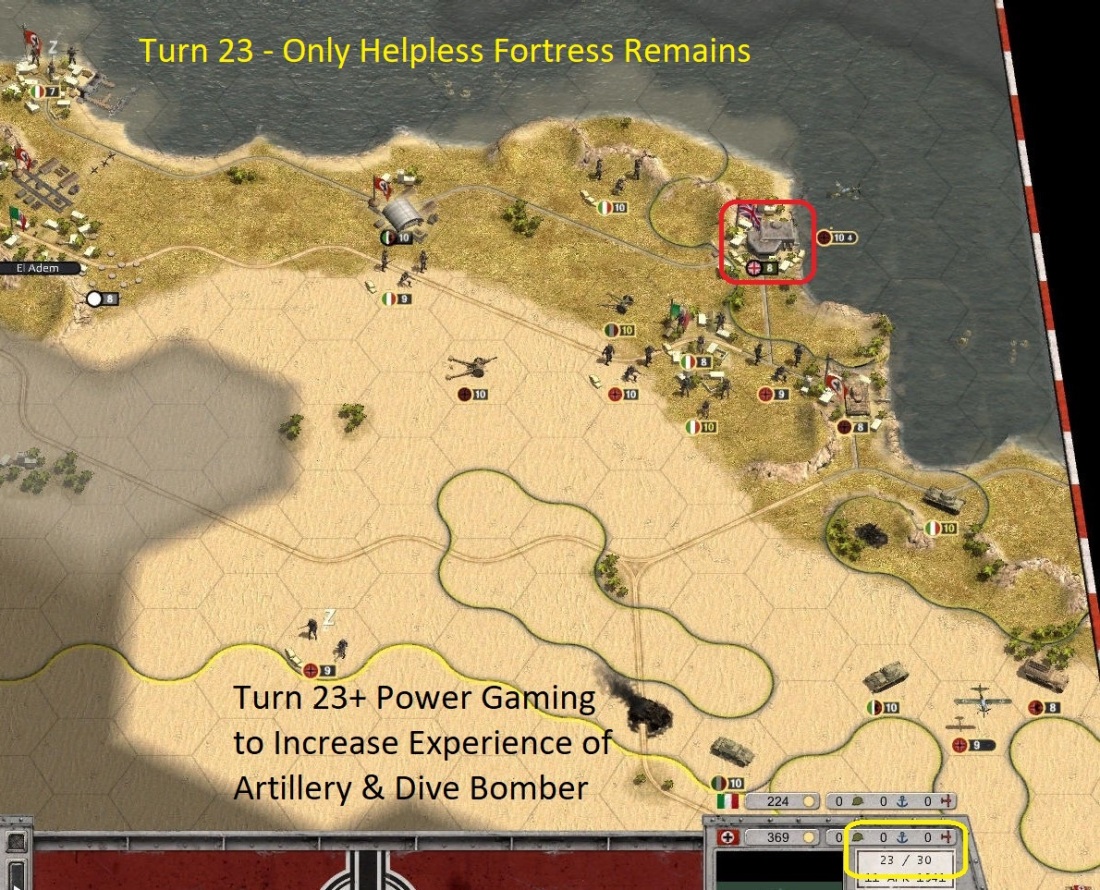 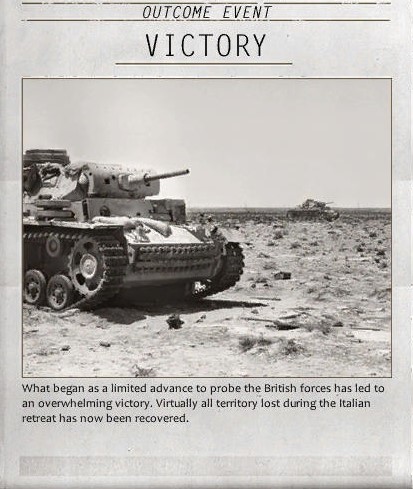